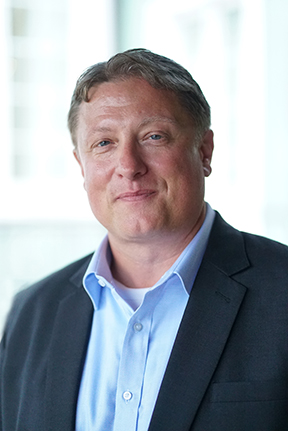 The Board of Directors of the Consortium for Energy Efficiency is excited to announce that John Taylor has been named Executive Director beginning January 1st, 2023.

“John brings two decades of experience in developing North American energy efficiency and load management initiatives for our membership. He has developed strong partnerships with manufacturers, trade associations, federal agencies, environmental advocates, and regional efficiency organizations. His passion and commitment to the success of our industry is going to serve us well. The CEE Board of Directors looks forward to continuing CEEs record of success in positioning energy efficiency and demand flexibility as a priority in the marketplace,” said Board Chair Sarah Van Der Paelt.

John has been in positions of increasing responsibility with CEE over his 20 years of service. Previously, John managed CEE’s residential portfolio, served as CEE’s liaison to the ENERGY STAR Program, and represented CEE on multiple technical and advisory committees at AHRI, ACCA, DOE, and RESNET. John has been CEE’s Deputy Director since 2015, where he has responsibility for CEE’s Program Portfolio while playing a key role in architecting the transition of CEE’s Initiatives to incorporate the time dependent valuation of energy saved. John has also served on the Board of Directors of his municipal utility for thirteen years, including multiple terms as Chairperson.

John succeeds Ed Wisniewski, who is retiring as Executive Director in his twelfth year in this role. Ed served as Deputy Director from 1998 to 2011, and as program manager from 1995 to 1998. In addition to leading CEE through an unprecedented time of  industry change, he grew organizational reserves, saw the organization named by Congress to establish levels for tax credits, and supported an industry paradigm shift that recognizes of how efficiency programs can support integration of renewable energy. During his tenure he was responsible for a myriad of successful market transformation initiatives and orchestrating the utility industry’s early embrace of a then emerging ENERGY STAR marketing platform.